Expansion of Automobility in the 1920s 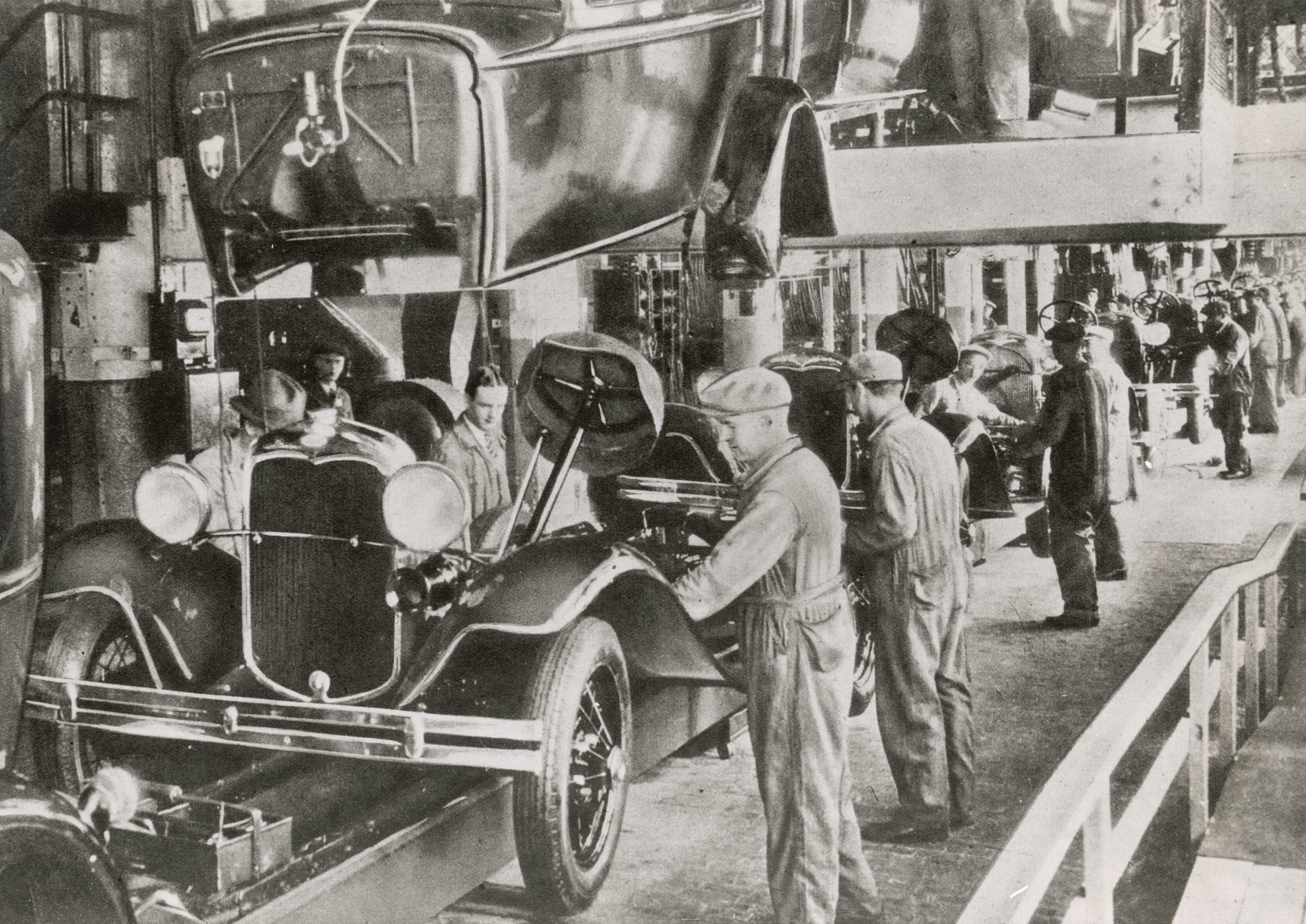 Ford was among the first to set up a moving
assembly line, and other automakers soon
adopted the concept in the name of efficiency.

After the Armistice that halted "The Great War" (World War One) came the 1921 depression - followed by eight years of optimism and modernism. This was the era when "everyone" was (or soon would be) rich. The age of marketing, "money madness" and easy payments widened automobility to a remarkable degree.

Four elements comprise this summary of the road into 1920s prosperity: family cars and family life, the auto industry, the used-car market, and easy (installment) payments. American families were subject to a new emphasis on possessions and conveniences. Ads for cars and other products stressed pleasure, and appealed more to women. For the middle class, at least, the family car was fast becoming an integral part of family life.

As Staughton and Helen Lynd discovered in their "classic," meticulously detailed sociological study of "Midd1etown" in the mid-1920s, surprising numbers of Americans would rather have a car than a bathtub (assuming they couldn't manage both). Family-focused, original research for their book took place in the real city of Muncie, Indiana.

The nation took quickly and enthusiastically to wheels, as car registrations multiplied tenfold between 1915 and 1929. By decade's end, more than half of American families owned private autos. Part of the rise was due to increasing availability of closed sedans rather than open touring models; but most of it was the result of falling new-car and used-car prices, coupled with stable incomes.

On the new-car front, the auto industry set records in production and sales. Ford dropped its Model T to a record low base price in 1923: just $290 for a runabout. Several competitors were producing low-priced cars, including the Star and Chevrolet's $490 Model 490. Though major technical advances were few during the Twenties, cars were growing more reliable and lasting longer.

Note: Above text has not yet been edited. Remainder of Chapter 3 will be added soon.